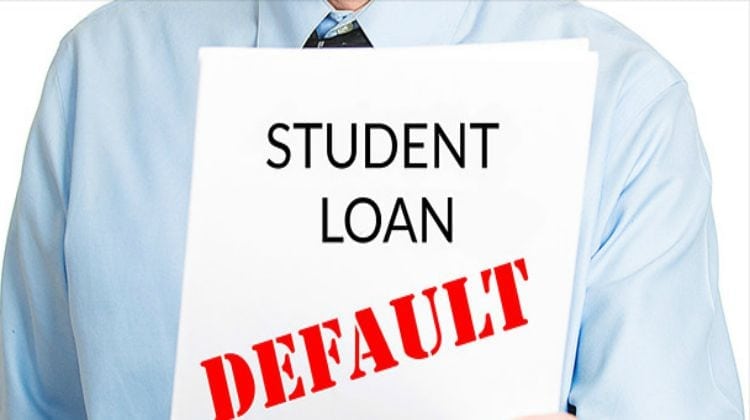 These days millions of people find themselves taking out student loans in order to pay for the high cost of college.

However, many young adults and recent high school graduates are not able to obtain a loan on their own so they rely on a parent or relative to be their co-signer.

Although Federal loans normally do not require a co-signer, most private loans do.

According to a 2012 report findings from the Consumer Financial Protection Bureau, around 90% of new private student loans are co-signed by a member of the student’s family.

There’s a common trend that is scaring borrowers and their co-signers; “Automatic Default”.

Experts say that even if borrowers are current on their monthly payments, some graduates are still being place in default.

According to the Consumer Financial Protection Bureau, some find themselves obligated to repay the loan in full because a co-signer can no longer back them up financially. Officials say that usually happens when the co-signer of the loan passes away or files for bankruptcy.

“Students often rely on parents or grandparents to co-sign their private student loans to achieve the dream of higher education,”
CFPB Director Richard Cordray said. “When tragedy triggers an automatic default, responsible borrowers are thrown into financial distress with demands of immediate repayment.”

What a lot of borrowers miss to fully understand when they sign a contract, is this particular clause that deals with the ability of certain private lenders to place a borrower in automatic default in certain cases.

The agency’s ombudsman, Rohit Chopra, said complaints related to this issue are growing more common because the practice is catching
so many consumers by surprise. Some borrowers told to pay back the loan in full have been making timely payments, Chopra said.

As a result, a lot of borrowers who were in good standing find themselves with a severely damaged credit or being harassed
by collection agency calls demanding the full repayment of the loan.

The Protection Bureau says people should immediately contact their lender to request that the co-signer be released from the loan if he or she has passed away or has decided to file for bankruptcy.

But some loan companies only remove a co-signer once you have made a certain number of consecutive, on-time payments, or they will require a credit check.

“We do have some concerns that with an aging population and with very long terms on certain private student loans, that this could actually increase over time,” Chopra said.

In response, Richard Hunt, president and CEO of the Consumer Bankers Association said in a statement that its members work with their customers “carefully and compassionately” and it is common practice for the lenders to release co-signers from loan obligations.

“We are not aware of lenders accelerating the payment of a loan in good standing upon the death or permanent disability of a co-signer as a typical practice and believe it to be a rare occurrence,” Hunt said.

Chopra, however, said even as many financial companies advertise the ability to release a co-signer from a loan, they make it complicated to do so. He didn’t specify the number of complaints the agency received.

The report said the practice might occur because some lenders rely on third parties that trigger a default “regardless of individual circumstances.”

The co-signing issues affecting private student loans are generally different than those associated with loans such as a mortgage because collateral like a house is not put down to obtain the loan.