You are here: Home / US Student Loan Center / Blog Posts / News / The Reasoning Behind The Surge In College Tuition Costs 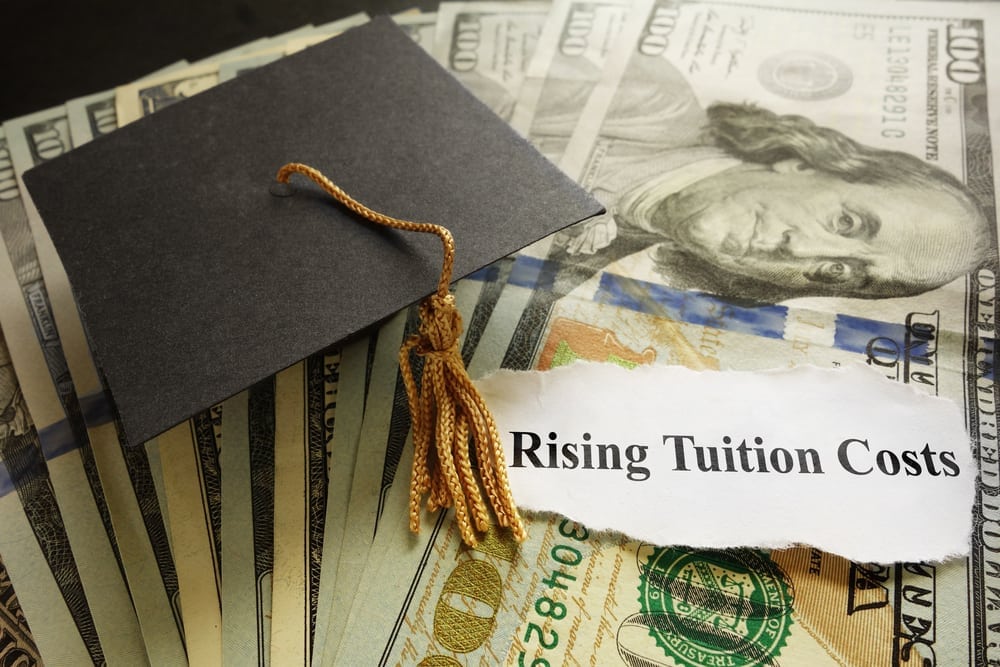 American baby boomers paid for their college education with wages from their summer jobs.

Over the subsequent few decades, universities have raised tuition fees each year.

Now, the millennial generation has been forced to take on crushing loans.

As you will note there are a number of theories for the exorbitant fees.

Various research projects have come up with conflicting theories.

For the past 30 years, tuition fees have risen faster than the inflation rate.

This trend continues for American students and families, and there is no suggestion it will subside. 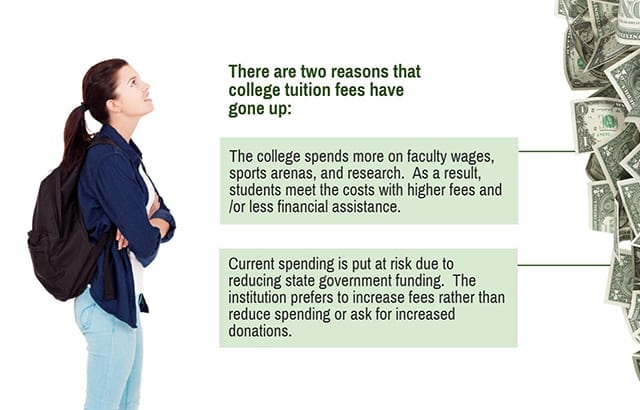 The data tells the story for three different educational facilities. 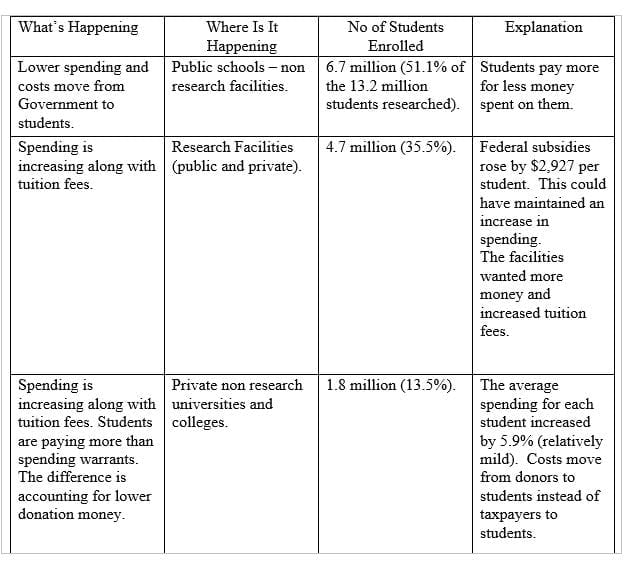 Research universities have been spending too much money.

Other public universities are increasing fees to make up for Government cuts to higher education.

There is an increase in spending in private schools, but the tuition fees are increasing at a higher rate.

This is happening to cover declining donations.

College tuition fees have continued to rise, and an increasing number of students are facing unmanageable debt.

Critics are quick to blame the institutions for overpaid professors and deluxe amenities like climbing walls and lazy rivers.

Yet, many colleges rely on part-time staff who are paid minimal wages and are given no benefits.

Ronald Ehrenberg argues that people who have studied public education conclude that this is the case.

Yet it could be argued that colleges have other means of revenue such as sports programs, hospitals, and endowments.

Contrary to this theory, it has been found that institutions will set fees based on the richest students’ capacity to pay, and these students never access loans.

The Argument Against Drastic Cuts to Higher Education Funding 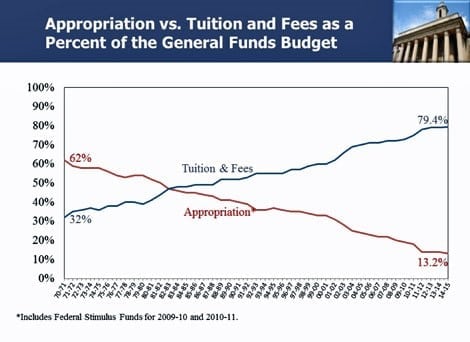 Universities have been forced to continually raise tuition year after year.

Yet, the rise parallels closely with an increase in Government subsidies as a result of a rise in College students.

The facts speak for themselves.

Could an Increase in Attending Students Account for Increased College Costs?

Enrollment in colleges has increased by almost 50% since 1995. If colleges accept more students, they would have to pay for:

If public funding increases institutions might find it difficult to cover costs if funding per student decreases.

However, it could be argued that a college does not have to accept more students than it’s financially comfortable with. 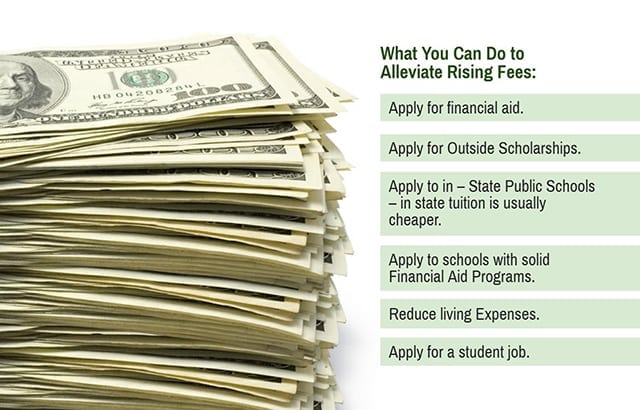 It would seem that there is no definitive explanation for ever-increasing college tuition costs.

Colleges blame a drop in Government Funding while research would prove otherwise.

Without a consensus, it will be impossible to work towards more reasonable fees for students and families.