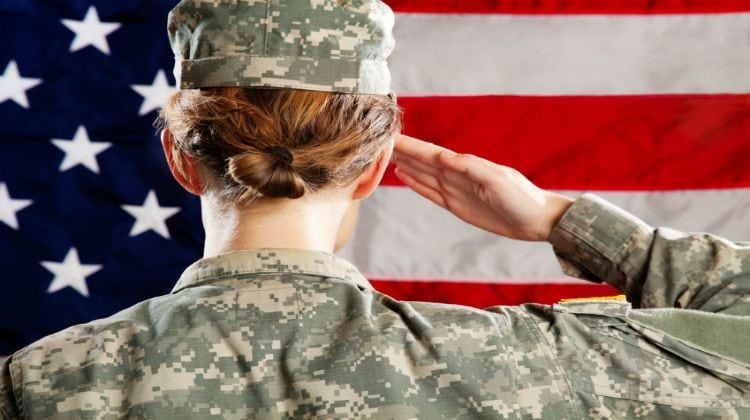 Evidence from Federal Investigations have shown that Sallie Mae cheated active-duty military service members on their federal student loans at least 60 days prior the Education Department told the company that it was still planning on renewing its lucrative contract to collect student loan payments.

The results of the investigation led officials to believe that as early as August, Sallie Mae had supposedly violated the ServiceMembers Civil Relief Act in servicing some federal student loans, according to people familiarized with the probe. The law required companies to reduce interest rates on student loans to no more than 6% upon request by service members called to active duty.

The revelation that federal officials thought that Sallie Mae violated the service member’s law by failing to allow several active duty soldiers to use critical protections for their federal student loans has prompted an outrage among a bipartisan group of federal lawmakers. Student advocates are attempting to use these findings in order to make the Department of Education suspend ties with the company.

The non-reported timing of the discovery is raising new questions about the Department of Education’s decision to reward Sallie Mae with another five-year extension of its existing generous contract to collect payments on federal student loans. Sallie Mae’s contract with the Department of Education, which expires the upcoming month of June, requires it to comply at all times with ALL relevant federal laws in its pursuit of borrowers’ monthly payments on their federal student loans.

In August, the Department of Education said Sallie Mae had confirmed that an on-going government investigation into allegations the company deprived active duty soldiers their consumer rights had not affected federal student loans. In November, the Education Department said that it was not aware of any issues that would prevent them from renewing Sallie Mae’s contract extension.

People familiar with the service member probe cautioned that while federal investigators by August had a firm grasp on the extent of the alleged wrongdoing regarding Sallie Mae’s servicing of private student loans, the probe was ongoing. Investigators from the Department of Justice and the Federal Deposit Insurance Corp. were looking at Sallie Mae’s practices at the time.

It is not clear if these findings reached the higher ranked executives of the Education Department before the officials decided to inform Sallie Mae of their intent to extend their contract. Dorie Nolt, Education spokeswoman, refused to answer questions.

“I’m not in a position to comment on a potential investigation,” Nolt said in a statement. “The Department and Secretary [Arne] Duncan believe it is extremely important that servicers are held to high standards, and of the more than 40 million borrowers with outstanding student loan debt, the vast majority have not expressed any concerns about servicers.”

Currently Sallie Mae is the nation’s largest handler of student loan debt, and it has been criticized by federal lawmakers, student advocates, state colleges and teachers’ unions for the way they service education loans. Moreover, the Department of Education has been under pressure from those same groups for its lack of supervision of Sallie Mae’s practices.

The timing of the alleged violations of the service members law threatens to further shame an Education Department already facing harsh criticism for its lack of oversight of student loan companies it pays to interact with borrowers.

The department said in December that it had declined to levy fines on Sallie Mae, despite previously secret determinations over the past 10 years alleging the company had harmed borrowers and incorrectly billed the department. Sen. Elizabeth Warren (D-Mass.) has said that the Education Department risks becoming a “lapdog.”

“If the department knew one of its contractors was violating federal law, then knowingly renewed a five-year contract worth hundreds of millions of dollars, it shows that the Education Department is spending more time bumping elbows with industry players than protecting borrowers, helping students or helping soldiers,” said Chris Hicks, an organizer who leads the Debt-Free Future campaign for Jobs With Justice, a Washington-based nonprofit that is among organizations that have called on Duncan to suspend the department’s contract with Sallie Mae.

“These accounts, if true, of Sallie Mae violating the critical protections of our men and women in uniform are very disturbing,” said Sen. Tom Harkin (D-Iowa), who as chairman of the Senate Health, Education, Labor and Pensions committee oversees the Education Department. “As we proceed with our hearings on the reauthorization of the Higher Education Act, protecting the rights of military families and holding servicers like Sallie Mae accountable will be a priority.”

A spokeswoman for Sen. Lamar Alexander (R-Tenn.), the top Republican on the committee, said he is following the investigation closely. Sen. Sherrod Brown (D-Ohio) said service members “shouldn’t have to worry about predatory banking practices,” adding that the Education Department “must take action to ensure that our active duty servicemembers are treated fairly.”

Senator Warren, is known to publicly criticize Sallie Mae and the Education Department, saying the government should start to reconsider its approach to the company.

“Sallie Mae makes millions of dollars on federal contracts despite its pattern of breaking the rules and hurting borrowers. This isn’t right,” Warren said. “We need to protect our service members and other young people trying to get a fair shot — the federal government should be cracking down on companies that break the rules, not rewarding them with additional contracts.”

Student Loan Debt is close to reaching the $1.2 trillion mark, making federal policymakers and regulators extremely alarmed by the practices being employed by servicers like Sallie Mae.
Having servicing companies making it harder for student borrowers to repay their debts is literally hurting the country’s economic growth as over-indebted borrowers delay home and auto purchases, limit other forms of borrowing and reduce consumption.

Even though policymakers and regulators from the Treasury Department, Federal Reserve and Consumer Financial Protection Bureau worry over student debt and consider measures to limit its negative impact on the U.S. economy, they face an Education Department that appears reluctant to challenge the companies it pays to interact with borrowers, collect their payments and counsel them on the best repayment plans for their budgets.

James Runcie, who as chief operating officer for the Office of Federal Student Aid oversees the federal government’s student lending program, explained the department’s thinking during a Senate hearing in March.

At the hearing, Warren asked Runcie why the department had decided to extend its contract with Sallie Mae. The company, in addition to facing the servicemembers probe, also is battling investigations by the FDIC, the consumer agency and a gaggle of state attorneys general over its allegedly faulty lending and servicing practices.

“We know that there are problems with Sallie Mae,” Warren said, “and the actions you are taking and the oversight that you are exercising has obviously not been enough to correct the problem. And I’m very concerned about re-upping a multi-million dollar contract with Sallie Mae when Sallie Mae has demonstrated time and time again that it’s not following the rules.”

In his response, Runcie said that the department decided to extend Sallie Mae’s contract as part of its decision to extend the contracts of all four of its major servicers. The Education Department hadn’t found a “wholesale” violation by Sallie Mae of its contract, which could lead to a contract termination, he said.

Also factoring into the department’s decision, Runcie said, was the potential “dislocation” borrowers would face if the department had to transfer loans from its servicers to a new batch of companies.

That prompted Harkin to quickly interject. “It sounds like your answer, Mr. Runcie, was that they’re too big to fail.”