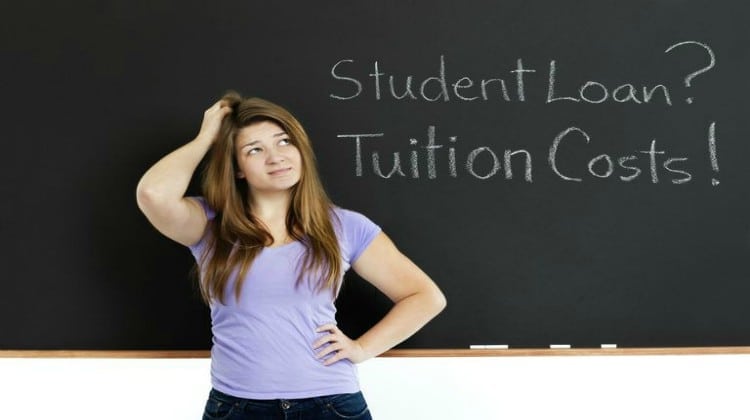 You do not need to be a tenured mathematics professor to realize that college costs have skyrocketed, producing one of America’s most distressing social and economic problems.

Student Loan Debt is close to reaching the $1.2 trillion mark, making it the second largest debt in the country right behind housing. It still hard to believe for some that education debt managed to surpass credit card debt and auto loans, given the fact that buyers do not get scholarships for purchasing cards, and states do not subsidize malls with special breaks for in-state shoppers. This just shows how big of an issue this is.

So it is not a big surprise that today there are tons of lawmakers and politicians coming up with possible solutions for this issue, and trying just about everything to make college more affordable.
Everything, except actually trying to make colleges more affordable! Why not make them slim down and use technology to cut labor costs and expenses where possible. But no, that million dollar building with that gigantic flat screen TV and Chick-Fil-A franchise was definitely needed on campus to make education better.

Graduates may pay as little as 10% of their salary — sometimes not even enough to cover interest on a loan. And those who chose certain public service professions have the option of having their loans forgiven in 10 years after making a specific number of timely payments.

While this approach might have some appeal, enabling students to pursue less lucrative career paths, it presents problems so perverse that even the Obama administration, which pushed the plan, acknowledges them.

The most obvious is that the program’s costs are hard to gauge and harder to control. In 2010, the administration estimated the annual cost at $1.7 billion. By earlier this year, the number had jumped to $7.6 billion.

A second problem is that the program encourages institutions to jack up tuition. As they realize that what they charge has little to do with what students pay, they can hike their fees without driving away potential students.

The administration has only a limited solution. It caps the amount of undergraduate loans that can be forgiven at $57,500. But graduate students are subject to no cap, meaning they could rack up $150,000 or more in debt on top of their undergraduate loans. That amount would be “repaid” at a rate of a few thousand dollars per year ending in as little as 10 years.

The administration’s fix is to apply the cap to all loans. That would help. These days some really expensive schools are advertising their programs by telling the prospective students that they can get a degree and they would pay only a fraction of the stated tuition. And students are buying it!.

Seems like colleges have become wildly bloated and highly inefficient, spending their revenues on things that do not necessarily or directly benefit students — bureaucracies, unnecessary buildings, money-losing sports and professors who spend little time in classrooms.

The federal government and states need to use the leverage that comes with their dollars to demand accountability and cost containment.

With the number of people seeking college degrees on the rise, that could even include new universities devoid of the frills that make existing ones so expensive.

The government is mainly focusing on how to make programs to forgive huge student loan debts, but seems to be leaving behind the fact that they also need to worry about making colleges more affordable and efficient.