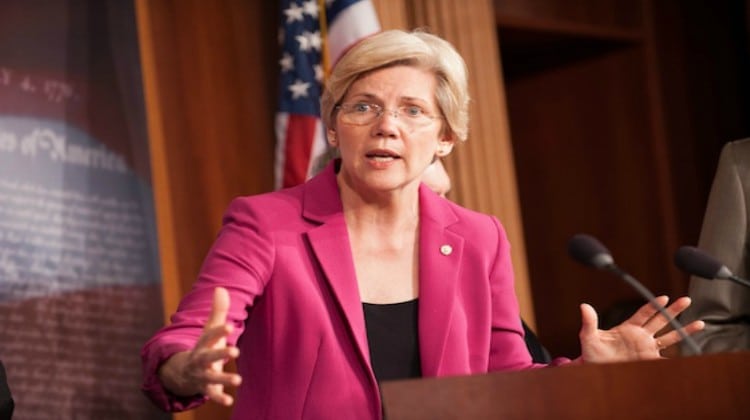 “Student loan debt is exploding. And it threatens the stability of our young people and the future of our economy,” Warren said.

A lot of graduates find themselves moving back with their parents after college, because they are knees deep in debt and need to save money however they can. Student loan debt is affecting all areas of the U.S. economy, its become a major impediment holding back the generation known as the “millenials” from entering the middle class in a comfortable way. 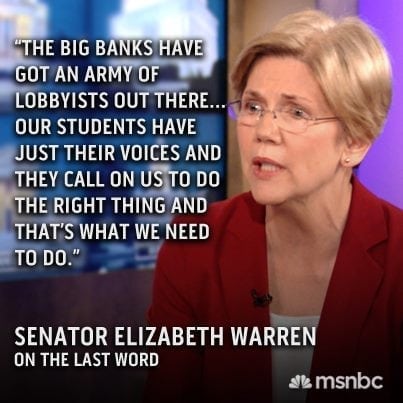 That proposal, introduced today by Massachusetts Democrat Elizabeth Warren, will be incorporated into a broader measure intended to make college more affordable, said a Senate Democratic leadership aide. Leaders plan to bring the package to the floor in June, just in time for the college and high school graduation season, said the aide, who asked not to be identified because the broader measure’s plans haven’t been disclosed.

“Millions of young people are struggling to keep up with student-loan payments,” Warren said in a floor speech. “The economic impact is real. Congress set interest rates on student loans at artificially high rates.”

Homeowners have the opportunity to refinance their homes at a 15-year fixed rate average of 3.25 percent and for 30 years at an average of 4.25 percent. A car loan can be had for under 3 percent. Yet a college graduate faces really high interest rates of nearly 7 percent or higher on existing undergraduate loans. With that loan burden, young adults simply cannot afford to buy that car, get that mortgage or take on the financial commitments of a marriage.

Senator Warren’s bill would not add a single dime to the national deficit, because it would be completely financed by enacting the “Buffet Rule”.

Warren’s bill would be financed by ending tax breaks for some high-income households, a suggestion known as the “Buffett Rule” because of billionaire investor Warren Buffett, who said he shouldn’t be paying a lower effective tax rate than his secretary.

The “Buffet Rule” would basically increase the income tax rate of Americans earning over $1 million annually, so that these high income earners will be paying tax rates that are at least as high as middle-income workers. It is hard to digest that millionaires and billionaires currently receive special tax breaks that allow them to pay lower effective tax rates than middle-class families. And that’s something most Americans can agree on; tax rates should be consistent no matter how much money someone earns.

According to a recent poll by Populist Majority Org over 50% of Americans believe that passing the “Buffet Rule” would be a good idea.

Here are some of the poll results:

Big banks aren’t the only ones making money off the backs of students. So is the federal government. In April the Congressional Budget Office found that interest from the federal student loan program will bring in $16.2 billion in additional revenues. That adds up to $127 billion over the next 10 years.

Student loan debt is quickly approaching the $1.3 trillion mark – talk about a bubble about to burst.

Between 2004 and 2012, the average amount an individual had in student loan debt increased by 70 percent; the average for a college graduate is now nearly $30,000. And each year, students are taking on more and more debt as college fees rise and employment opportunities remain scarce. This truly is an emergency.

“It doesn’t have to be this way,” Warren said. “There is no reason on Earth that some kids get a better deal when they all worked hard to do exactly what we wanted them to do: Get an education.”

The ability to refinance at lower rates would alleviate the economic woes of nearly 40 million Americans with outstanding student loans.

Refinancing would put hundreds and even thousands of dollars back into the pockets of individuals who need it the most.

Previous article: Five ways to cut down your student loan debt
Next Post: Student Loans Will Cost More This Fall