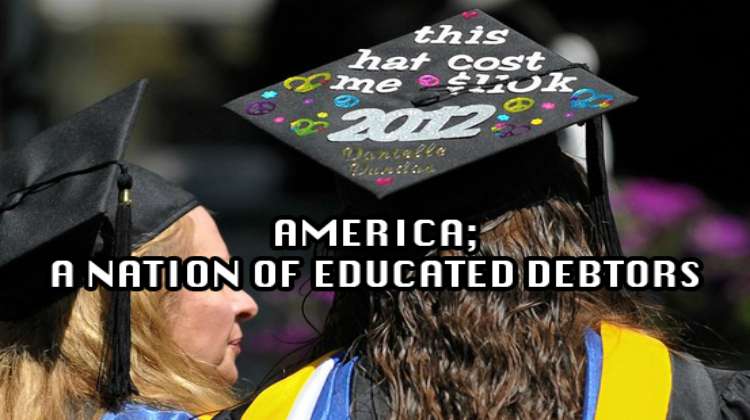 Imagine this scenario; Sally is a few years past college graduation with a steady, high-paying job. You would think that makes her a prime prospect to buy a new car, right? WRONG!
She already has a car-sized burden on her shoulders, the $25,000 she owes in student loan debt. If she decides to go to a car dealership, let’s say she’s more likely to be getting beaters, not a new ride.

And Sally is not alone, in this new trend that has chilling repercussions for the U.S. auto industry.
As of early 2012, over 37 million U.S. citizens are carrying over $20,000 in student-loan debt.

According to the Consumer Financial Protection Bureau’s count, that’s about $1 trillion that they cannot spend on purchasing new vehicles.

Student Loan Debt has become a haunting and persistent debt that drains personal budgets for decades, affecting other main industries.
This country’s outstanding (and growing) student loan debt is even greater than all major credit car debt, and way larger than all auto loans.

But how will this play out? Honestly, we have no idea! Because student debts are already off the charts and keep growing, and people with large debt tend to put off making major decisions.

America has become a nation of educated debtors.

Let’s continue our hypothetical scenario with Sally, shall we? So we know she graduated college and she has a good and stable job. BUT! Because of her big student debt, she is still living at home with her parents because she cannot afford her own place. She is driving a hand-me-down car because she keeps getting denied in the dealerships for a new one, so she may not be able to buy her first new car for a few more years. Sally does not go shopping as often as she would like, because her student loan payments take over half of her bi-weekly paychek. She may decide to postpone her wedding plans because she cannot plan the wedding of her dreams, and she may not have kids until her late 30’s. She may decide to have one instead of the three she wanted, and she will not be able to take the kids to Disney until they are 10.

If Sally’s parents also are carrying student loans to help Sally, they may buy less expensive cars or keep them an extra year before replacement. 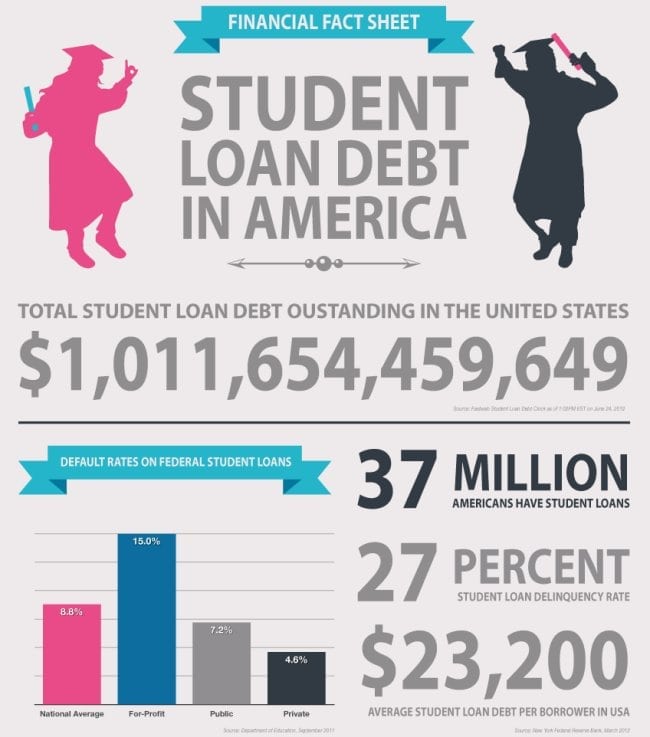 See, Sally’s student loan debt affects the economy in general, and like we said before, there are millions of people just like her, around 37 million Sallys.

And here’s the real problem: It’s getting even worse, and quickly! Around 60% of the current 20 million college students are borrowing money. The Bureau of Economic Analysis says that the total U.S. student loan debt increased sixfold between 1999 and 2011, which means it went up 500% in 12 years!

The skyrocketing U.S. student loan debt it is an unsustainable crisis that needs to be fixed, pronto.

Students like our hypothetical Sally exist, and they are multiplying daily. All the Sally’s and their families cannot continue to take on more and more of the financial burden to afford their higher education without crippling the country’s economy.

The general economic damage that all these student-loan debtors are causing to different sectors is bad enough, showing up in lower personal consumption and delayed household formation.

And it seems like the auto and housing industries are the ones that get whacked more than most other sectors. College-educated people should be able to make enough money to afford a new car, and move out of their parents house. 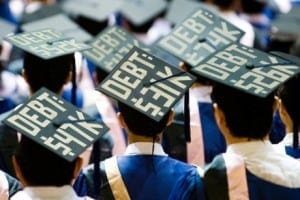 But most of the best future prospects to get a new house or a new car are debt-impaired. The College Board says that over 50% of all U.S. college graduates leave college with high student loan debt. The average tab for these new grads: around $30,000.

If selling a car or a house to Sally is tough enough now, and the government does not find a solution to this crippling economic problem soon, what can we expect for Sally’s future children?

We are keeping our fingers crossed for new initiatives than provide some sort of hope and relief for Sally, her family and her future unborn kids.

Previous article: Student Loan Forgiveness For Nurses
Next Post: How the Student Debt Crisis Affects You and the Economy