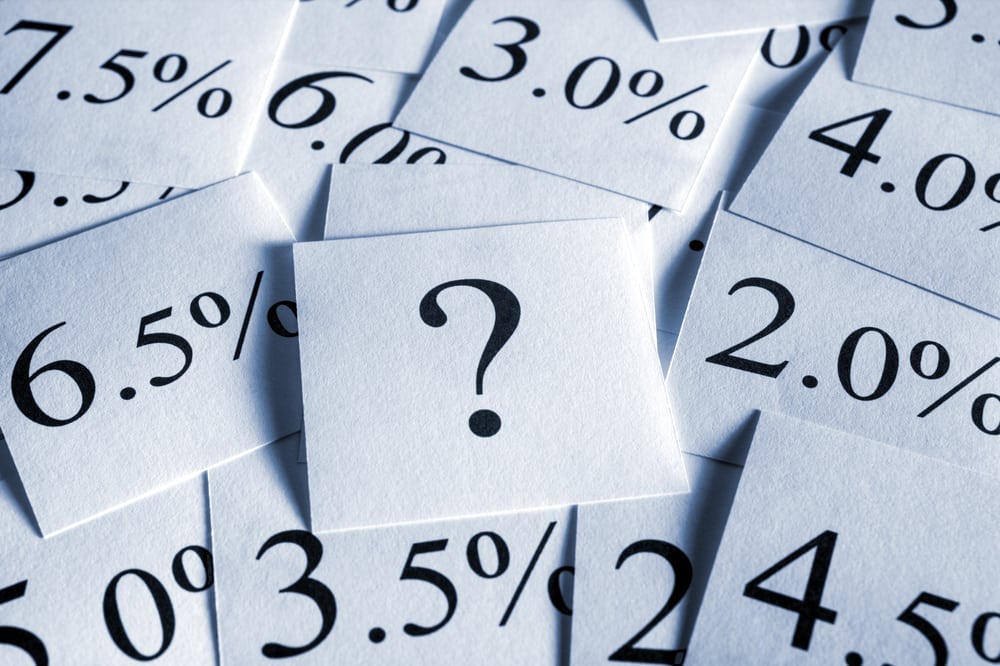 College is an expensive business.

Tuition doesn’t come cheap, and there’s a life to lead beyond that; it all costs money.

The majority of students need some sort of financial assistance, and a high number of them take student loans.

But not all student loans are the same.

The variance in interest payable on these loans can mean the difference between coming out of college and starting your life, or being hobbled with debt for a long time to come. 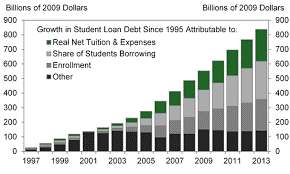 As this chart shows, student debt has grown quickly as college costs rose from a few billion dollars in the nineties to over 800 billion today.

As the price of tuition and the costs of living have risen, so has the amount of debt incurred by the student populations.

Now more than ever before, student loans are big business.

Interest rates are, in essence, the money that a money lender makes on the deal.

Think of it as their charge for lending you money.

This is why it’s important to keep an eye on the interest rates of your loans.

The vast majority of student debt is held in Federal loans.

With these loans, the interest rate is fixed annually by the Government.

These are not based on an individual’s credit score; it’s the same rate for everyone. 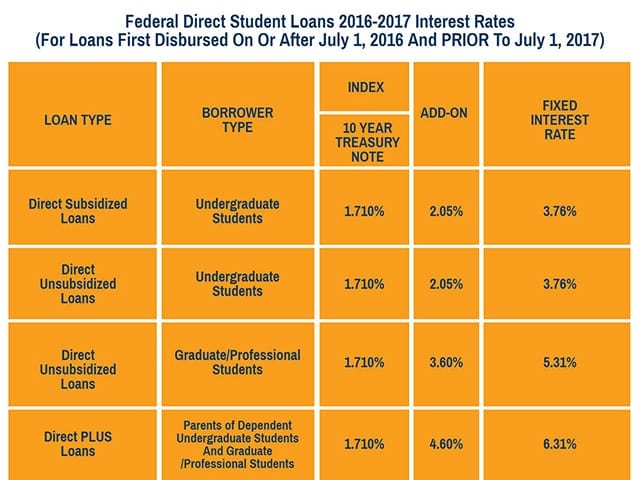 As can be seen from this chart, the interest rate varies depending on which stage of their education a student is at, with graduate and professional student loans costing more.

The big advantage of a federal loan is that the rate remains fixed, and the interest rate is generally (though not always) lower than privately offered options.

The fixing of the rate means it’s not subject to market fluctuations; if general interest rates go up, your loan rate remains the same.

The amount of interest you eventually pay depends on whether your loans are subsidized or unsubsidized.

With subsidized loans, the government pays the interest during your education.

With unsubsidized loans, the interest accrues.

Alternatives to federal loans are those offered by private providers, such as Wells Fargo or Sallie Mae.

The interest rates can vary widely with these lenders depending on a variety of factors.

Private lenders will fix your interest rate depending upon your credit score and the ratio of your debt to income.

Typically, the more favorable these are, the lower the interest rate offered.

As we’ve seen, Federal loan rates are fixed for the duration of the loan.

But some private lenders will offer variable rates.

This is one which can go up or down, depending on the market.

Often interest rates are tied to the Federal Funds Rate.

Variable rates are a risk, because whilst they often start at lower rates than fixed term loans, and could go down, they could easily go up, increasing the amount of interest paid on a loan considerably.

Interest is not a one-time deal.

Take the example at the top of this article.

That $100 is only the total if the loan is repaid immediately.

The longer the term of a loan, the more interest will be payable on it.

Interest is calculated as a percentage of the loan’s principal.

Therefore, the quicker the loan is repaid, the less interest you will pay.

With unsubsidized loans, the interest accrues throughout your study and is capitalized, added to the principal at the end of your Grace Period, which is the deferral of payment for up to six months after you graduate.

It’s this total which is used to calculate your repayments, so the total could end being much higher.

In order to keep on top of this, it’s important to make repayments which are higher than the required minimum.

If you find it difficult to repay student loans, Federal loans offer the option of deferring payment if you meet certain criteria, with subsidized loans interest won’t accrue during this period (but it will with unsubsidized).

Privately offered loans may offer this option, but it’s unlikely the terms will be as flexible.

Those struggling with repayment may choose to refinance their loan.

Simply put this means taking out a loan at a lower interest rate to pay off your current one.

This new loan can only be found by a private provider, so this option comes with all the risks that entail.

A student loan is a massive investment in your future, and the education you get should pay for it with improved career prospects and earnings possibilities.

But it is also a huge debt, and interest can get out of hand quickly if you don’t keep on top of it.

Shop around for the best rates, do your research and be aware of your rights.

It’s one of the biggest financial decisions you’ll ever make.

Previous article: Student Loan Options Without A Co-Signer
Next Post: Will Bankruptcy Erase Your Student Loans?