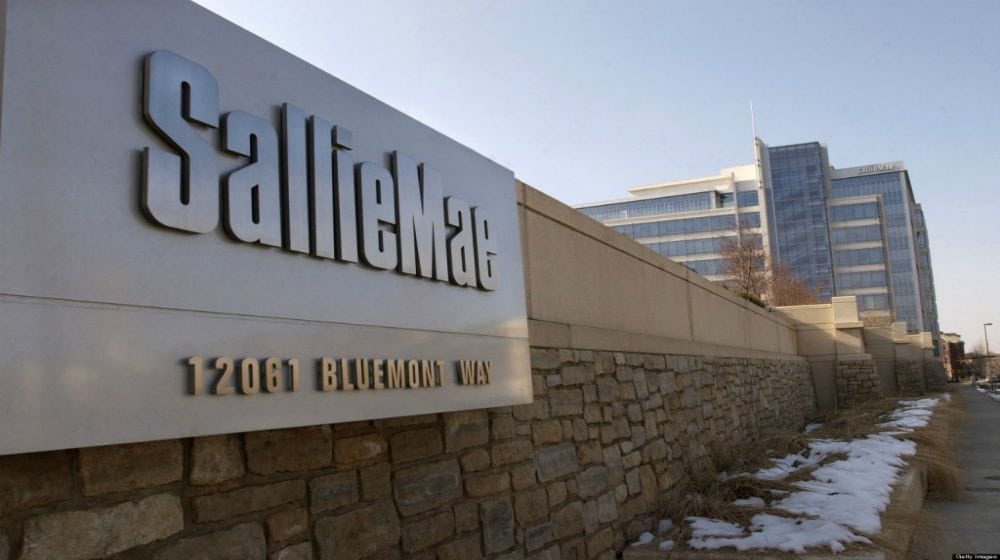 Sallie Mae, the student loan monster, has announced that it will be splitting into two this week. It will split into a loan servicer and a consumer bank, in order to gain a clearer profile for investors.

This is not something new though, the separation has been in process for about a year, and it will take place this upcoming Wednesday, when shareholders will be receiving a new share in a loan-servicing company called “Navient Corp.” for every Sallie Mae (SLM) share they own.

Navient Corp., which announced earlier this month that its headquarters will be located in Wilmington, will take over the servicing of federal government-backed student loans with balances of around $103.2 billion and $31 billion on private loans.

“We’ve got a large portfolio of high-quality assets that are going to generate a substantial and very predictable stream of earnings over a long period of time, and the opportunity is for us to add to that by buying portfolios at attractive yield, both in the [federal] segment as well as the private segment,” John F. Remondi, Navient’s chief executive, told investors this month.

Sallie Mae will continue to have its headquarters in Newark, which are highly noticeable to southbound traffic on I-95, while diversifying into areas like personal loans for recent graduates with professional degrees and secured loans for professionals in the health-care department.

Executives from both companies met with investors last week to prepare them for the split.

Currently Sallie Mae employs over 7,200 nationally, including 1,200 in Delaware. Most of these jobs, over 6,300, will go with Navient Corp., a spokeswoman said. Navient Corp. will have a debt-collection office located in Moorestown.

The Federal Reserve Bank of New York reported in February that credit reports showed $1.08 trillion in student loans outstanding Dec. 31. More than 11 percent of them were at least 90 days delinquent or in default.

Sallie Mae’s division was prompted in part by a big structural change in the federal student-loan market in 2010. Before then, SLM and its competitors had a sweet deal. The federal government paid them to make loans to students and backed the loans against losses.

Then in 2010, Congress cut Sallie Mae and others out of the equation, in favor of having the Department of Education make loans directly to students and their families.

However, Sallie Mae – the part that will become Navient – did not lose out entirely in the new lending system. It services 5.7 million direct-loan accounts under a Department of Education contract that brought in $109 million in revenue last year, but has not contributed meaningfully to profits.