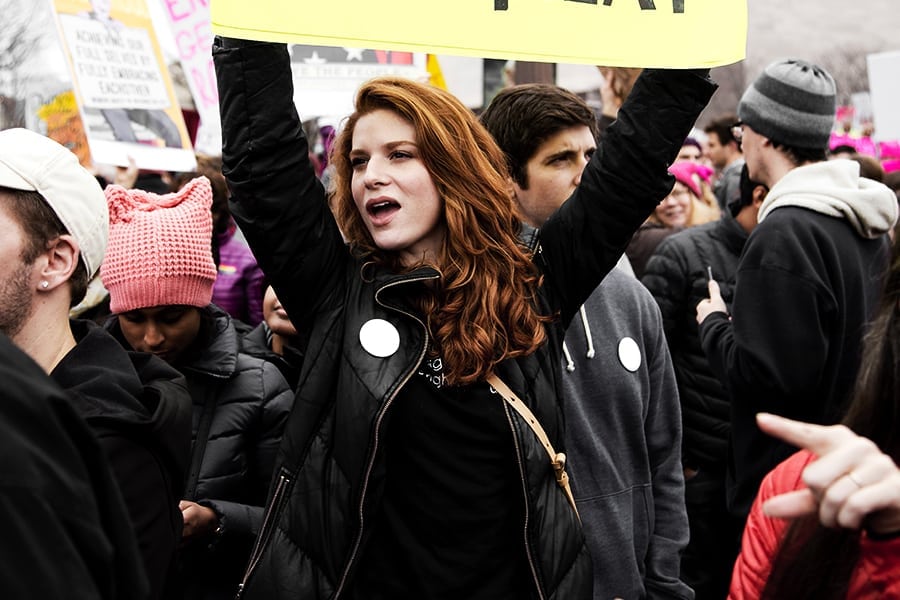 America is facing a crisis concerning student loan debt. The average college graduate from the class of 2016 is expected to be saddled with $37, 172 worth of debt. This number is a staggering 6% increase from the year before, having hit a crippling high of $1.26 trillion in 2016.

Student loan debt is the only form of personal debt increasing, and it’s rising at an average rate of $2,726.27 per second.

With these numbers, it’s no surprise that student debt is a political hot potato right now. With the presidential election looming, it’s a good time to take a look at the two contenders for the Oval Office and see how their plans stack up against each other.

Clinton has given some idea as to her plans in what she’s referring to as The New College Compact. This document is a wide-ranging look at the problem of student debt and appears to offer a variety of solutions to the mounting problem of student debt. Notable amongst this raft of proposals is the waiving of tuition fees for families whose income is less than $125,000.

This proposal has been the spark for some spirited debate. It’s worth pointing out that Clinton rejected a more far-reaching proposal authored by her rival for the Democratic nomination, Bernie Sanders. So she’s by no means an advocate for universally free education.

The New College compact also aims to cut the interest rate on federal student loans. Certainly, this aspect of student debt  has been a contentious issue, with the charge that the Federal Government makes a tidy profit on the debt of students. $66 billion over six years according to Sen. Elizabeth Warren. This certainly seems like profiteering on the backs of those attempting to get an education, but other voices dissent, pointing out that much of this money is plowed back into education, in the form of grants to get people through college.

Are loans themselves the problem?

Another aspect of this debate is the very nature of federal loans themselves. As a more affordable option for students than private loans, an argument could be made that their ready availability has encouraged colleges to raise tuition fees. To this end, Clinton has placed a deal of focus on the colleges themselves being accountable for the success of controlling their fees.

A raft of proposals

In all, Clinton’s campaign details a broad range of plans for dealing with the problem. Some of the ideas are vague; a simple “all colleges will offer free tuition” doesn’t back up the assertion with to whom, or how it would be paid for. And as has already been noted, Clinton is on record as not being a proponent of universally free tuition. Other points are more accurate though and have the ring of genuine policy about them. Deferral for entrepreneurs, easier refinancing and repayment options and a three-month moratorium to help borrowers consolidate their lending are all solid, no-nonsense good ideas, and ones who could make the difference between someone going to college or not.

While Clinton has unveiled a wealth of policy detail; it would not be unreasonable to say that Trump had, until recently, not had much to say on the issue. He has, however, been making some ground back up on his Democratic opponent, but the policy ideas, as yet, have a little flesh on the bones. During a town hall speech he spoke vaguely of “doing something enormous,” but recently a slightly more nuanced version has appeared.

Trump on the stump

A campaign speech in Columbus, Ohio put a little more meat on the bones. Trump spoke of simplifying repayment into a more straightforward 12.5% of income. He also spoke of forgiving all debt after a period of fifteen years. If enacted, this policy would do away with the fear of a crippling lifetime debt. How he intends to pay for these policies is, as yet, unclear.

While both candidates have a range of policies for dealing with student debt, Clinton’s proposals look more workable. Trump has some big ideas, but there doesn’t seem to be a plan in place to enact them. What’s certain is that both candidates have given the problem a higher priority than has the case been in past elections, a reflection of the increasing problem that is student debt.

Previous article: Student Loan Borrowers Have The Most Complaints About This Company
Next Post: How Student Loan Debt Can Help You Purchase A House